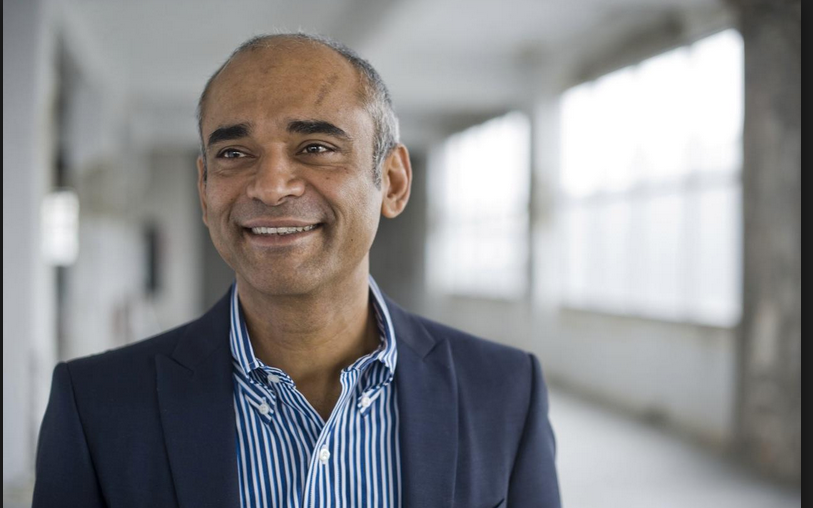 If you’re a Time Warner subscriber in some key areas like New York, you don’t have the highest rated network these days, CBS. But if you have Aereo and you have Internet connection, you can watch Big Brother all you want, if that is your thing. Aereo is a boon to consumers and a bane to cable TV providers. The intrepid man behind Aereo is Chet Kanojia, born in India, educated in both India and the United States.

“If you succeed, you succeed. If you fail, you fail,” he said in response to a question if he lost the fight against the cable TV providers at the Startup Grind meetup last August 14. Aereo is an online TV platform.

Kanojia knows Aereo faces an uphill battle against the big cable TV companies but he thinks he doesn’t need millions to get enough business. “I’m focusing on live TV than library. The five channels are the future. The rest is library, which is expensive and a shrinking market.” The latter means recorded programming (eg. dramas, movies).

To fight the great fight against giant cable TV providers, of course, you need a strong ally. Kanojia has the backing of a powerful man in the industry—IAC chair Barry Diller and other premiere investors, plus a strong engineering team. With more than 100 staffers (he started with 10 last year) and still hiring, they certainly mean business.

In the hour-long intimate talk at the ThoughtWorks office on Madison Avenue, Kanojia did not mince words. He was open about his early years as the son of a ship merchant who smoked (cigarettes) when he was 14 as he was about venture capitalists, kidding how his relationship with them is better now that he’s not asking for more money. In 2008, Microsoft bought Kanoji’s TV ad company Navi Networks for $40 million.

Asked about fundraising, the most interesting question for the attendees, Kanojia said that “raising a million could take you a year and is the hardest, getting $300,000 indicates you have something.” Breaking it down, a venture capital investment between $300,000 and $500,000 is low where $10 million to $40 million is mid-range.

Some words of caution to those seeking VCs, though, “Do you have the energy to sleep in motels six years in a row? Things can change 15 times,” said perhaps to emphasize the accompanying challenges in dealing with VCs.

For those who want to take a dip into the TV cable industry business, it’s a huge multi-million investment. The cost of boxes could mean these companies could be investing in 300 million boxes just to be able to cater to every American household. On top of that, you must have the distribution and marketing muscle. The consumer pays for a higher subscription fee as a result.

For those who haven’t heard of Aereo, what’s so special about it? You can watch TV online at a much reasonable cost with its proprietary cloud-based antenna and DVR technology. This allows you to watch live or recorded HD broadcast TV on any type of Internet-connected device, including smart TVs, smartphones, tablets and computers.

What’s also making Aereo the talk of the town is how Kanojia knows the TV industry in and out. He is clearly challenging today’s highly fragmented media landscape by pushing the development of breakthrough solutions. He holds more than 14 patents in fields ranging from robotics to data communications systems.

The soft-spoken Kanojia dated himself in a good-humored manner, saying he came to the States during “Jimmy Carter’s last term” (1981), that his first job in 1991 at Mitsubishi was only one day, no thanks to some paperwork mishap, and he had a handwriting compression business for the defunct Palm Pilot after grad school.

Perhaps because Aereo wants to spring some surprise to cable TV providers, he’s keeping his mouth shut regarding the growth of his company. Early this year, he said he would expand to 22 cities across the U.S. It now streams in Atlanta, Boston, New York with Chicago, Dallas, Houston, Miami (in the next few days) and Salt Lake City next.

Later he asked the audience which industry can help Aero with its business? “The largest variable for us is real estate,” he said. Aereo is rolling the way it does through geographic concentration, similar timezones, early registrations.