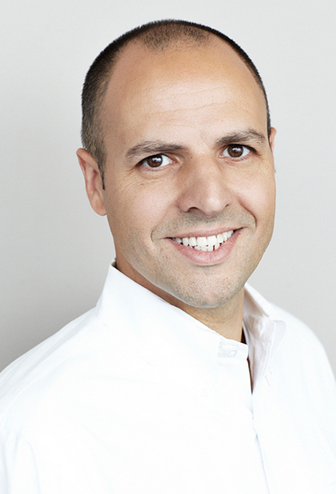 It’s been awhile since former HopStop CEO Joe Meyer has spoken before a large audience after the transit navigation app was acquired by Apple in July, but he was certainly eager to talk about the key lessons he learned in a small meetup group just before Thanksgiving weekend at AlleyNYC.

In the startup world where it’s common to see megabuck deals, the no-nonsense CEO said HopStop only raised $2 million in five years, so how did HopStop make it? HopStop takes pride in its routing engine and routing algorithms on top of its licensed core IP plus tremendous amount of data. But in terms of sustaining success, Meyer outlined the following as the keys to the company’s success:

Focus on building, not selling. “People make the mistake of thinking of an exit strategy early. Build a real company and hopefully, a great company, so you’re never interested in selling it. Keep building real value; if you sold your company tomorrow, what tangible ‘assets’ would the acquirer be buying. Don’t start a startup because you think it’s going to get acquired. Entrepreneurship is not a ‘career path’.”

If you get partnerships along the way, he suggests reaching out to them early and to keep them informed along the way. “Get clarity on their interest level upfront. Make sure key decisions makers are involved. More important, engage them with statistics. Fish or cut bait quickly.

He points out a list of don’ts:
• Don’t get distracted by partnership discussions, because they consume time and resources.
• Don’t begin working on a “potential” partner opportunity until a deal is signed. Don’t allocate resources to “maybes”
• Big companies will tend to waste your time; they have all the time in the world whereas you don’t want to waste your time

Raising money vs. generating revenue. “Not all startups should be venture backed,” he said. “If you don’t have a real revenue model, then you a least need to have a massive user acquisition growth. You need at last one in order to raise real venture money.”

Meyer doesn’t believe ad-supported models are revenue models. “We were one of the top 10 apps. But it wasn’t enough (for us) to use ads as a revenue model. This revenue model is really tough unless you have massive reach like Facebook,” he said. However, HopStop did get geo-targeted ads, because it was able to locate people’s whereabouts.

Ultimately, every good business needs recurring revenue. Meyer thinks you should kKeep trying to find a real revenue model. “A revenue model should complement your core product/service and seamlessly tie it into the UI. But if your money is about to dry up on your fifth year, it’s too late.”

Extending the runway. Being profitable is the best way to be cash-flow positive, i.e., cash on-hand increasing month after month. If not, you’ll need to do the following:

“Our revenue went up first 3 years up but only steady afterwards,” he admitted.

Check your board and investor dynamics. He said a supportive, professional, non-dictatorial board is essential. “Having a board member who’s available is important. Hold board meetings bi-monthly, not quarterly or monthly,” he said, emphasizing how board members need to be in person in a meeting. “If they aren’t willing, they’re not worth it.”

Venture capitalists are more actively involved compared to angel investors who like to spread their funds around. “We had 20 angels, but didn’t see 17 of them,” he said.

What constitutes a board? “One or two founders and one investor is not a board,” he stressed.

As for advisors, he said they are good for valuation “but if you are on your way to generating revenue, they’re less valuable. It’s window dressing in early stage.”

How you present yourself to your board is just as important. “Hold it every other month, so you can focus on your own work for four weeks (you are not meeting them).”

Hiring and firing. Meyer said the CEO-founder should interview every job candidate in a company with less than 50 employees.” And remember that you don’t need a huge team. Bad seeds can kill the entire garden. It’s better to have a hole in your team than an asshole on your team.”

A list of his don’ts:
• Don’t hire someone unless you know how you’re going to pay for that person’s salary for a year
• Leverage part-time employees, contractors and interns; variable costs are better than fixed costs
• Get two interns at most and no more. Why? Those who manage them loses time, too
• Avoid headhunters

As for getting a tech founder to work with you, he said, “If you can show proof of concept to an engineer he will be inspired about (your initiative).”

As for managing engineers, he said it’s crucial to let them know your desired outcome, how you should check-in-along the way, and then get out of their way.

And to avoid friction, don’t take on big engineering projects without truly understanding what you are doing with it.

Marketing and customer acquisition. Meyer does not believe in spending a lot on marketing to grow your business. “We embrace traditional PR. We have done newsletters, SEO campaigns in addition to having cross-marketed across owned and operated platforms.”

HopStop has made use of user listings, speaking engagements, keyword optimization for app discovery, tapped Outbrain to amplify earned media, and engaged in social media and with users.

Being scrappy is important for him. “SEM and other paid advertising (methods) only make sense if the economics of your business justify it.”

User/customer feedback. He thinks your end users/customers are your best marketers and best source of new product ideas. “Look at customer support as part of your R&D/product management efforts, not an inconvenience. Responding to user feedback creates loyalty and trust.”

“If enough users are reporting the same issue, you either have an issue to fix (or opportunity to innovate). Users are way smarter than you think and there are far more of them than there are of you,” he said.

Administrative. He also enumerated a list of must haves

• Hire a good bookkeepers/office administrator
• Get annual audits, valuations, tax returns
• Only enter into contracts that are necessary and critical
• Patent your IP (example of an actual asset)
• Keep good records

Lessons learned as a CEO. Everybody wants to be the man (read: CEO) but no one knows what it truly means. For Meyer, the CEO needs to be highly ethical, highly moral. “You need to be comfortable in overruling people you disagree with. The CEO/ founder should be the hardest working person in the company.”

“Don’t drink your own Kool-aid,” he stressed more than once.

Having worked for a venture capital firm before, he said you can be transparent in terms of financials but know also when not to reveal too much. “You can say revenue is going in the right direction and that you have sufficient capital in the bank.”

He acknowledges how everybody in a startup needs equity, but he also insists on having contract /legalese in terms of company ownership. And as is more commonly said these days, Meyer said finding an opportunity to innovate is more motivating than beer and pool.

And if you think your role as CEO will last a lifetime, think again: “Operational CEOs typically replace founder-CEOs,” he said. “You are lucky if you remain a CEO for five years.”