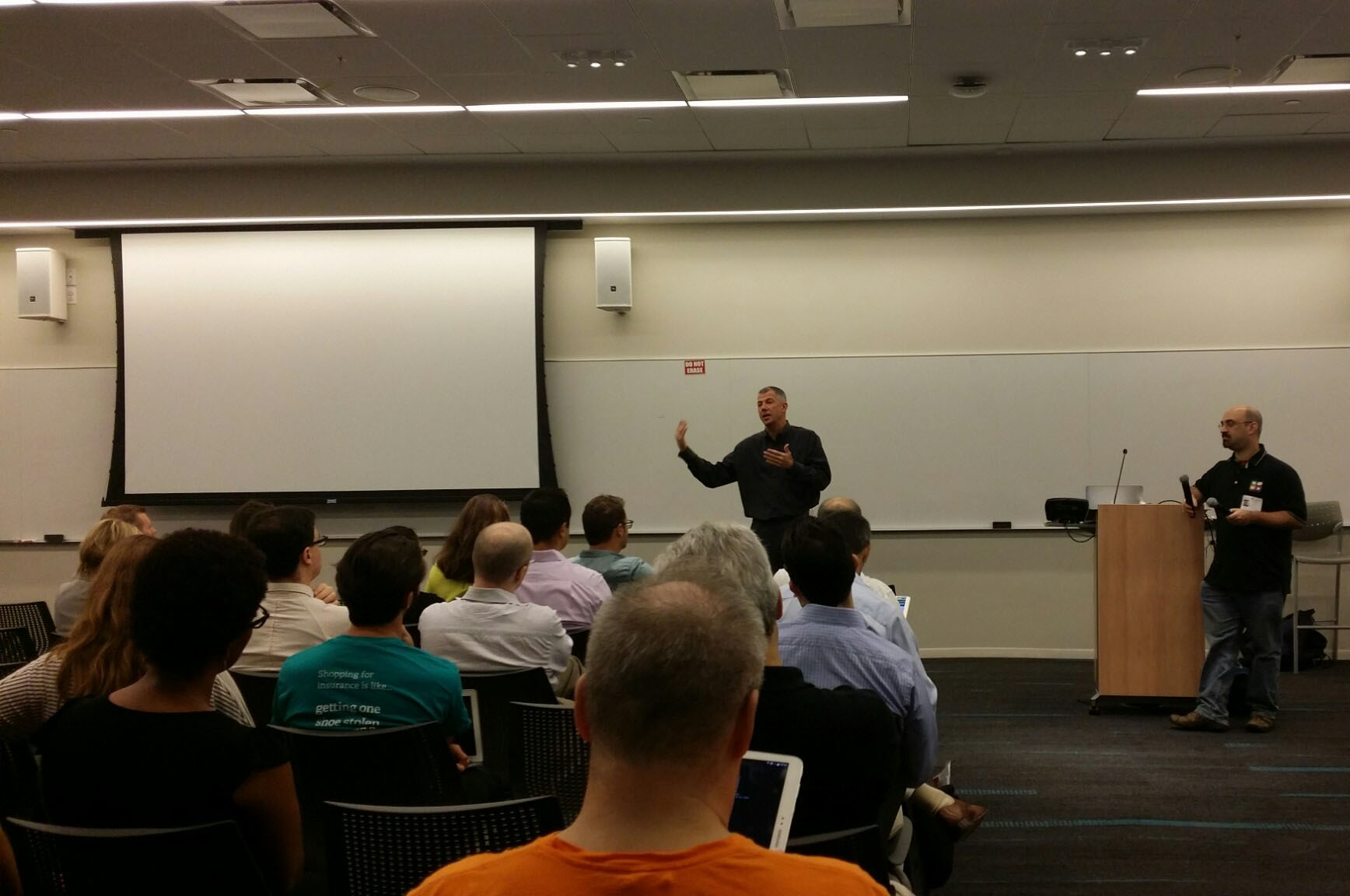 NEW YORK—More than 35 investors, panel talks, lightning pitches, everyone one-on-ones with VCs, a venture fair—it was a summer blockbuster of a tech meetup what NY Tech Breakfast pulled off last July 10 at Microsoft, near Times Square. What’s amazing is how it was all pulled off in one half day, from 8 am to noontime.

From the usual panel talks of 4 to 5 investors one usually sees at tech meetups, Tech Breakfast had 7 in one group.

· Give more detail to the details

· A Powerpoint presentation is preferred over MS Word

· Personalize the email body to the VC’s needs or portfolio, explaining why it matters to a particular VC. Say something like, “I chose you, because….”

· If your pitch is publicly available, make it up-to-date and buttoned down

One VC response about a question on accelerators and incubators did not evince any response or disagreement from the panel. “You get in if you’re coming from the Ivy Leagues (top schools).”

How do you get funded?

Traction, revenue, number of customers, sales savvy and momentum get the nods. One after another, the VCs gave their own take on it:

· Metrics is important, but growth is also important.

If you’re a foreign startup, it’s still a challenge, though. You should at least have some track record, an established network, a consistent presence and education in the States, personal contact with investors, which the meetup did, of course.

Other VCs gave their own meaning growth.

· Realistically, one is ok with 10% growth, not as revenue growth but just growth based on the startup’s targets

How important is it to find a tech co-founder? It’s one of the most asked questions and in the past, most investors would say, but not this time. “It proves technical capability, but not might be necessary for, say, retail startups.”

But if you’re a software tech company, yes, it makes sense. If your product is proprietary, then you need one. Without tech talent, they said you should at least have the ability to recruit tech talent and “ready tech talent to execute.”

How much do you get? Without a site, you could get $2 to $2 million, already in the thick of it, $5 to $10 million. Some entertain a convertible note at 6% interest rate.

If you think it’s hard to get VCs to woo, think again, because there are many of them now, doing 5 to 7 deals a year and even 10 investments to 15 investments a year.

How is the investment climate like these days? Is it more about conviction (of startups) or consensus (of investors)? “It’s conviction,” one VC said. A quick rundown of this question from each VC would have been great.