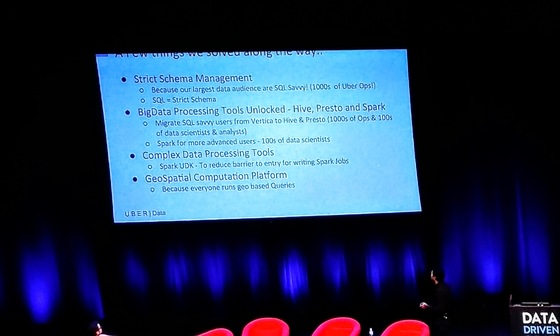 NEW YORK— The Data Driven meetup has always been an effective mix of show-and-tell demos and fireside chats with its guests. Last September 27, New York’s most well-attended meetup held its most inspired event this year with its impressive lineup of guests, packing every inch of the cavernous 480-seater AXA Equitable Center. A four-panel group of VCs from Silicon Valley talked candidly about building businesses around artificial intelligence while other speakers talked about the new things they are doing in their companies.

“Winners of tomorrow will be because AI was behind their product,” Singh said.

The adoption stage is early, but Singh believes “customers want solutions, not individual pieces,” he added while emphasizing how his company “helps you get customers and establish product-market fit.”

Flomenberg, for his part, thinks “we have a loose definition of AI.” He sees potential in computer vision.

Dauber thinks AI is real—if only the hype just finds the right mix but then there’s Google. “Google is who I am worried about. I think they can beat us senseless. On top of that, he thinks “access to (second round) capital is not easy,” he said.

The healthcare industry is an endless curiosity for VCs, but Dauber probably put it best, “Healthcare is the most exciting and terrifying vertical,” adding how it faces so many regulations.

Even if money flows to startups in the artificial intelligence space, Dauber thinks “technical people are hard to find” to expedite any development.

Chung agrees: “It’s a challenge if you don’t have a strong foundational team. ‘It is a challenge whether you are here or in San Francisco. Many are coming from academia”

The summer hiatus certainly did the Data-Driven Meetup some good as it offered more interesting presentations.

Other guests were Noah Weiss, head of Search, Learning, & Intelligence at Slack; Praveen Murugesan, engineering manager at Uber and Jeremy Stanley, VP Data Science at Instacart (the one-hour grocery delivery platform). Weiss talked about Uber’s beginnings, how it unfurled from IRC chat, text messaging and Facebook. And lest everyone has forgotten, it made its start as a game.

“Macro trends plus the shift to mobile (formed) into a perfect storm,” Weiss said.

Now Slack is looking into addressing the increasing volume of communication by making people focus on the conversation they really need to read. Categorizing messages in terms of priority as well as having a fully “indexable” searc should help someone catch up with a team if he missed a day or two.

Carlos Guestrin, Amazon professor of Machine Learning at the University of Washington, and founder and CEO of Turi (a machine learning startup recently bought by Apple) also had a great presentation along with Kostas Tzoumas, founder and CEO of Data Artisans (a company implementing Apache Flink, stream data processing).

With Instacart, Stanley talked about how its 100 staff works to make sure it delivers within 60 minutes as it tries to capture its 600-million market with its product and retail partnerships. “Delivering orders really matters….(It’s) critical for customer happiness,” adding how it has achieved profitable unit economics driven in part by huge decreases in fulfillment time.

How does Uber operate in 75 countries and 500 cities? Murugesan credits its thousands of city operators; on-the-ground team who run and scale its transportation network and hundreds of data scientists and analysts as well as its engineering teams.

Guestrin exclaims, “Machine learning is hot, but can you trust it. How do we know they’re working? “You deploy a model and do A/B testing.”

He used Netflix as an example and how we trust its AI system.