Jacob Brody has been working as Business & Community Development head of boutique investment bank Mesa since 2011, but you can’t escape the past. If you’ve been a journalist, you wear it on your sleeve all your life. And what that means is that you’re going to be more candid than most people.

This was apparent in his sit-down casual talk with Hatchery last July 26. “Augmented reality is not where it is yet,” he said. “Google Glass only has a three-hour battery life.”

And don’t get him started on real-time video. “Bandwidth is limited. It sucks,” he said.

Brody was a tech journalist for the Venture Beat who helped get the word out about early stage startups. Today, he is in the habit of scooping up tech talents for boutique investment bank, Mesa.

He’s not one to mince words if you’re planning to be a startup. On the ad tech world, “You’ll have a hard time raising money in ad tech industry unless you’re on the data side.”

How does one find value? His riposte, “What’s the difference between one playing Steinway in your house and Steinway in a concert hall?” 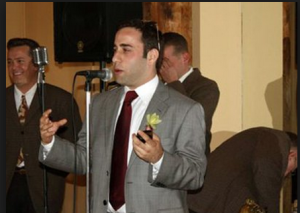 As venture capitalists face some competition from crowdfunding sites, it’s interesting how he said it’s good for use as a “focus group.” Still, he acknowledges how it has helped some startups. “No VC wanted to fund Pebble (the smart watch).” Today, it’s the biggest success story of Kickstarter.

But Hatchery meetup host Yao Hui-Huang puts things in perspective. “Only 2% gets crowdfunded.”

Asked about funding the VC way, Brody said he has seen some investments in the $750,000 to $2 million range. “You have to have something already before you can pitch to a VC.”

Brody did have some nice things to say. He credits FitStar for slimming him down. “People pay for fitness videos,” he said. “I got the app.”

Brody is also an entrepreneur. He started Standard Start.