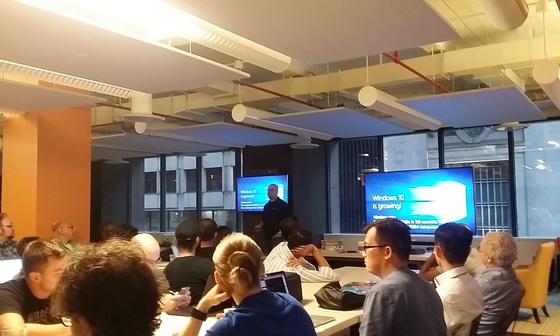 Imagine an API that could detect the emotion in a person’s face in an image, not to mention tell someone’s age, which became hugely popular when people used the technology from the How Old Do You Look app?, which it is improving; not good news for those who hide their real age.

Now Microsoft is allowing developers to customize the new Cognitive Services. This was highlighted in previous events of Microsoft this year.

The rebranding to Cognitive Services also means that it brings together Bing, Oxford and Translator APIs.

Seeing AI shows how these new capabilities can help people who are visually impaired or blind understand who and what is around them. See how it works here https://youtu.be/R2mC-NUAmMk

Landry demonstrated how developers can use all these services at the meetup.

Cognitive Services is reportedly a nod to IBM’s Watson, which has been marketed as a “cognitive computing” product, one that’s based on the way the human brain works.