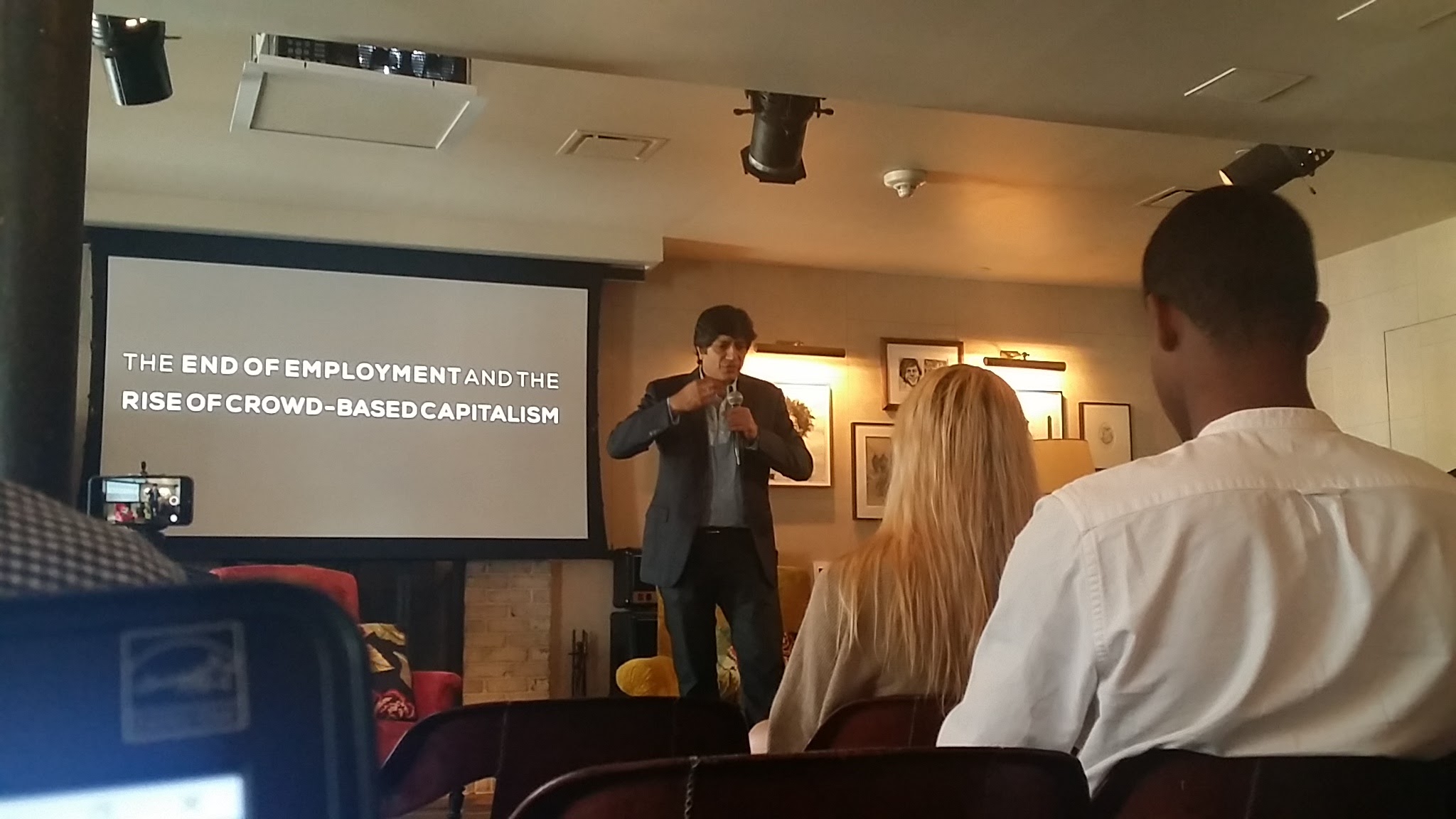 NEW YORK—Trust is essential in the sharing economy.

Last August 17 at Rising Minds, Arun Sundararajan, sharing economy expert and New York University Stern School of Business professor talked about his new book, “The Sharing Economy: The End of Employment and the Rise of Crowd-Based Capitalism” as well as that salient ingredient in how things has worked so far this economy: trust.

If you’re not in this space, it’s really about how your car (for Uber) or your apartment (for Airbnb) and earn from it. For those companies, they make use of the crowd to work for them and if you’re part of the crowd offering any of those services, you get to earn from being part of it. If you have an apartment in Manhattan, for example, you can have it rented out to anyone as long as your landlord approves.

But this only works if you can trust someone to live in your house or apartment or like in Europe, share a ride with strangers. And for some people, they’re willing to sacrifice that to make use of their underutilized assets.

Sundararajan pins down the sharing economy as an economic system with the following five characteristics:

The sharing economy has created many thriving businesses for one reason other than trust: Weak regulation, but Sundararajan thinks it should adhere to some regulatory measures, a reinvention of regulation, as most of regulatory interventions have been governed at the local level. Most of these businesses are national, if not international.

If Sundararajan had his way, he would call the sharing economy “crowd-based capitalism,” because the former still leaves a fair bit of ambiguity.

The event was hosted by Rising Minds at the Soho House.