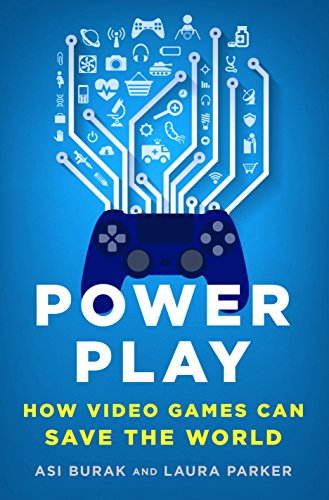 NEW YORK– Why hasn’t computer games (with an educational bent) reached critical mass? “Technology changes so fast. It’s about evolution,” said Asi Burak, the author of “Power Play: How Video Games Can Save the World,” his book written with Laura Parker, which was also launched last January 31.

Burak talked about computer games for social good at the Storycode meetup last January 24 at the Elinor Munroe theater.

In their book, Burak and Parker explored how video games are now pioneering innovative social change around the world. After all, the remarkable growth of gaming has inspired plenty of hand-wringing–from the press, politicians, parents, and everyone else concerned with its effect on our brains, bodies, and hearts.

As the former executive director and now chairman of Games for Change, Burak has spent more than decade championing the use of video games for social good. He has worked with such revered organizations as the White House, NASA, World Bank, and The United Nations.

“Power Play” sees the future of games as a global movement. Burak and Parker profile important people behind some of the movement’s most iconic games, including former Supreme Court judge Sandra Day O’Connor and Pulitzer-Prize winning authors Nicholas Kristof and Sheryl WuDunn.

Burak pointed out the unlikely gamer in O’Connor helped to develop in line with her civic-mindedness with iCivics. As he quotes her: “…One of the reasons learning games make so much sense for teaching civics is that any government’s role is sort of like creating the parameters within which we play the game of life. Regulations, Policy, Law enforcement….”

As mentioned in the book, iCivics reportedly proved instrumental not only at teaching kids, but also at helping game metaphors thrive in the world of education. Burak thinks we need more social games that introduce players into the world of political discourse. As for technology, Burak said virtual reality should be able to address social and political issues.

Burak, who went to Carnegie Mellon, said he was taught to think using both left and right brains. Not all games need to be a war, it turns out, as he  pointed out he also produced a little game about peace.

Games are not just for entertainment anymore, they are meant to solve problems – hand in hand with technology.