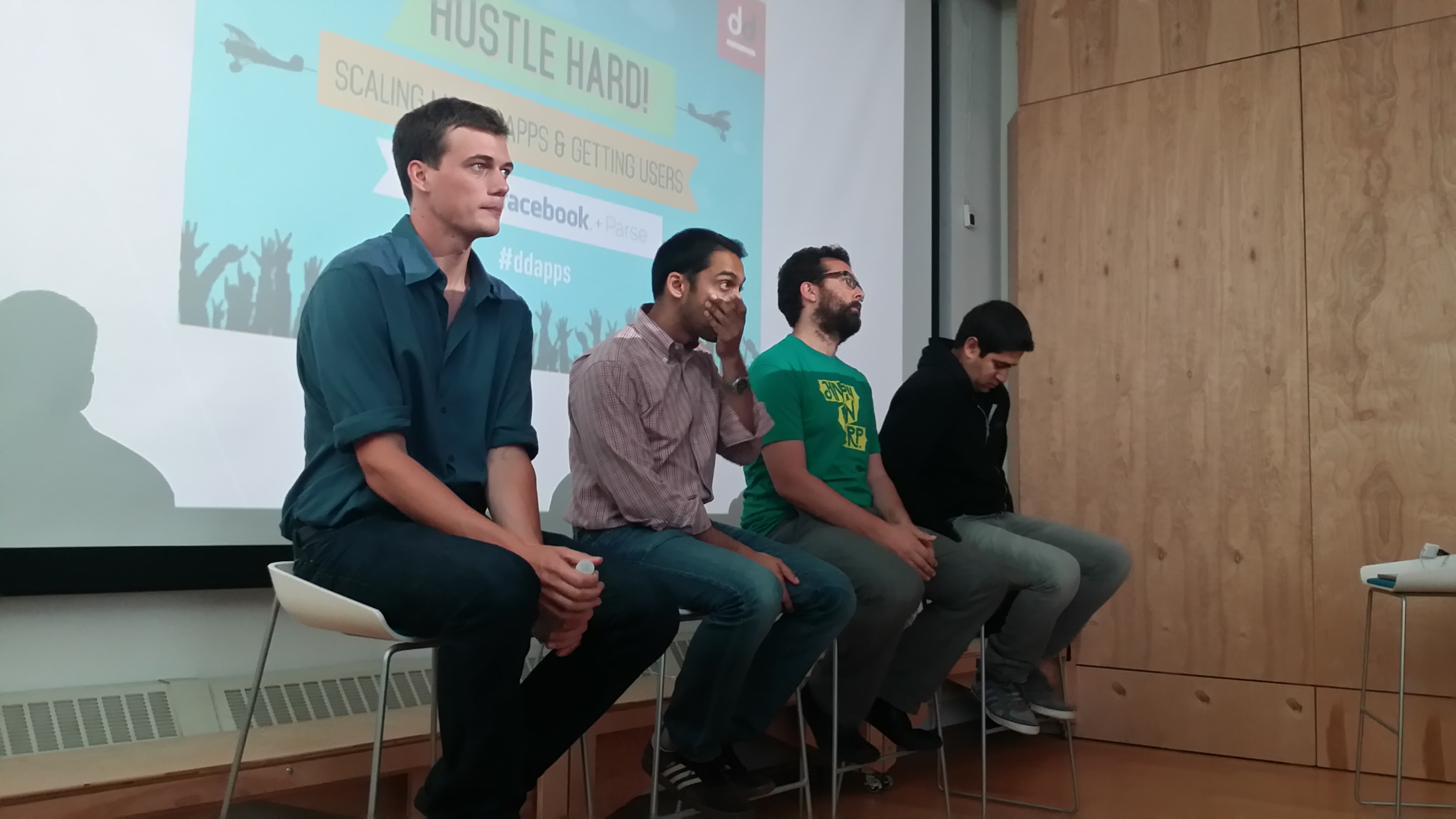 At Dumbo, Brooklyn last September 16, Digital Dumbo divided its meetup into two segments. The first part focused on scaling apps with Nakul Patel, partner manager of Parse and Will Schenk, co-founder of HappyFunCorp. The second part tackled how to get users with Deepanjan De, client partner of Facebook and Al Harnisch, strategist of Prolific Interactive. That was the order of the presentation.

Now if they were switched around, Prolific Interactive could have been the first, because it talked about a very important facet of mobile app development that is not talked about—having a strategy beyond the two stages of conception: answering what is the problem and what is the solution.

To expound on this, Harnisch showed a case study of Threadless’ Type Tees. It looks like its functionality can forge a brand identity for the startups’ e-commerce app. The functionality is, of course, a direct result of the user experience design.

The next step was testing the app for users out there. This included promoting the site with different ads posted on Facebook. Testing meant showing how an ad copy or different color or even an entirely different creative could be presented to Facebook users and see how they interact with the e-commerce app.

Clearly operated like an ad agency with Eric Ries’ lean startup methodology in place, Prolific’s Harnisch said this beehive of activity was all part of its mobile app campaign…to boost installs and registrations for the app.

Even with just a change in color, Harnisch recognized how “small things make a big difference.” It turned out the agency’s most successful ad involved designs with cats, of course. Aside from successful installs, it had a viral effect

Results from its campaign resulted in 45% installs and 53.3% checkout.
But this is assuming you have a budget. Because when asked how much this could cost a startup, this blogger could not believe his ears: It was in the “hundreds of thousands.” It’s understandable, though, from its list of clients—all FORTUNE 500 companies.

Since the topic is about scaling businesses, Facebook was also in the room.

De talked about Facebook for Business, giving us the numbers only the social network can only crank up– $170 million monthly active users and lots of users: one in every five minutes on a Facebook property. “We reach more of the right people. We drive action. All of the people who matter of you,” he said.

What’s the power of Facebook targeting if you need to get users? He put it as follows: having your core audience; sophisticated mobile targeting with unsurpassed accuracy; reaching the people you already know; getting your lookalike audience (finding more people like your best customers).

Among the tactics you can employ include promoting a special offer to drive people back to your mobile app.

Getting users would mean managing your app for scale. This is where Parse comes in.

After joining Facebook last May 2013 and subsequently building over 260,000 apps, Patel describes what offers Parse under three pillars: Parse Core, Parse Push and Parse Analytics. With Parse Core, it reportedly handles everything you need to store data in the cloud such as store basic data types, including locations and photos, and query across them without spinning up a single server.

To increase engagement, its Push notifications are a direct channel to app users. With Parse Analytics, you view your app open rates and API request data via the Parse dashboard. It allows real-time viewing of analytics on API requests based on REST verbs, device type and Parse class.

“Our next step is to automate analytics,” Patel said.

Parse offers native SDKs for creating apps for all your devices. It is an API provider, your server team and database handler. “The sweet spot for Parse is the CRUD API, where you can manage your own data and have simple admin tools for operations,” said Patel. This CRUD API is for creating, reading and updating any type of resource that you want, without having to think about servers.

“Use Parse if you refer to your backend as a Content Management System. If you have extensive backend business, elaborate admin tool needs, or complicated business intelligence requirements,” he added. It reportedly added 140,000 developers this year.

The other presenter was HappyFunCorp. It’s a software engineering firm based in Brooklyn that builds for the web, app and all Internet-based products. Schenk talked about how it blends the best of product engineering, product design and strategy.